Darned if I don’t laugh every time at those not-porn-stars-anymore played by Vanessa Bayer and Cecily Strong on SATURDAY NIGHT LIVE.  It’s even more repetitive than most SNL sketches and is based around the characters being stupid and inappropriate, like many an SNL sketch that has deeply annoyed me…yet this doesn’t.  In fact, it just seems to get funnier each time.

Rather than try to explain the absurd brilliance of this, I’ve decided to create a rough outline of these sketches’ formula, line-by-line, so you can create your own at home.  Why you would do this I don’t know.  Maybe you’re young and want to liven up a slumber party; maybe you’re just bored.  It’s not my place to judge.

Anyway, there are likely variations among the sketches, but this is a pretty close breakdown. 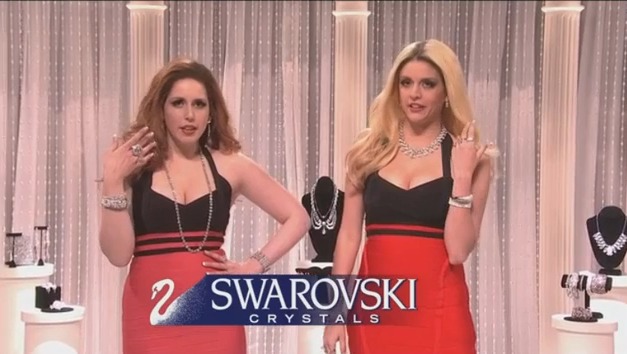 BOTH: “With (mispronounced title)”

2) “And (answer that does not give her actual name”

GUEST: (moves through scene in some way: “Did someone say (trigger phrase based around pun involving their movement through scene)?” 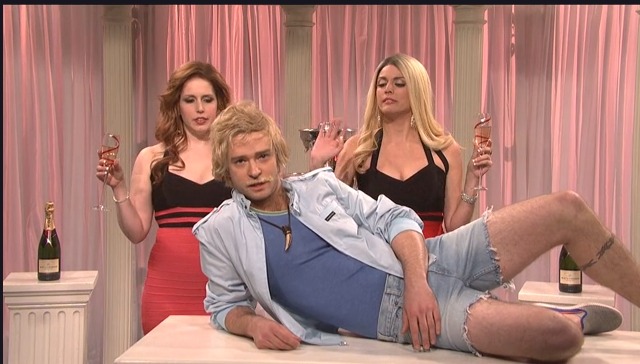 1) (same — can be awkwardly-employed verb)

2) (guarantee — with sexual and/or mispronounced simile or metaphor)

1) “Plus, you can…(actual use for product)…like…(asks 2 about obvious, everyday object)

GUEST: (repeats movement through scene with above trigger phrase)

2) “One time (banging-based story, usually based around thinking she had sex with someone famous, but it was really just…)  (barely ties this into endorsement for mispronounced product)” 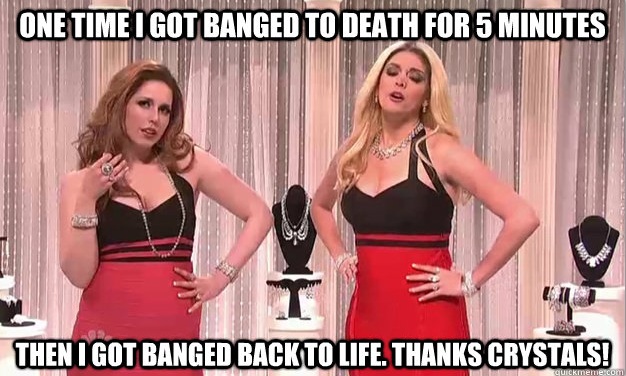 2) (another banging or porn-related story, barely tied to mispronounced product)

2)  (another banging story, perhaps not involving the product)

1) “Hey, remember (some random thing that has nothing to do with commercial)”

2) (joins 1 in recalling thing, does imitation or weird impression as part of recollection)

GUEST: (moves all the way through scene without stopping)

1 & 2 (look on in confusion, indicate for guest to come back) 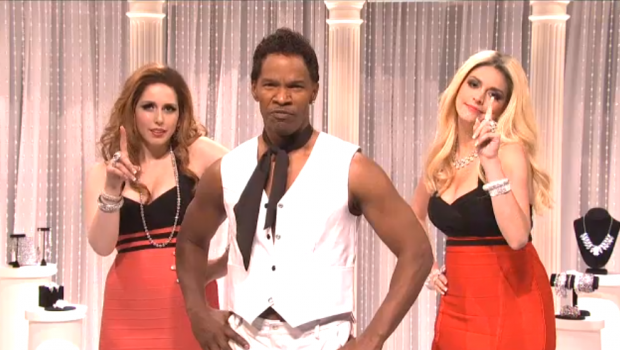 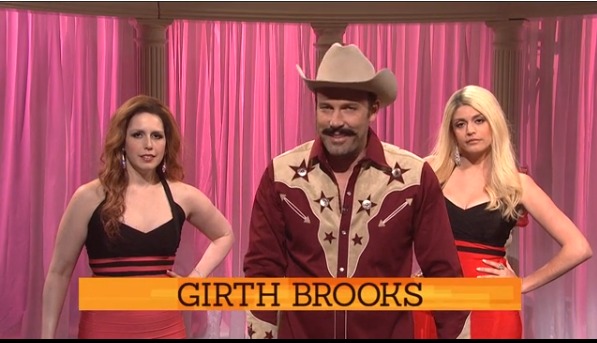 1&2: (dissuade guest from current monologue, explain how the ad has to be good so they can send it in to television to get free [product being advertised, name said in unison])

GUEST: (remembers scam; all awkwardly lean in and “wink” at the camera)  “So for (some occasion), (set up for statement of product’s name)” 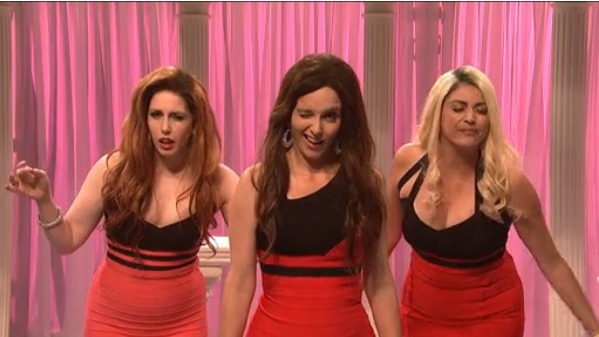 1&2: “With (first mispronounced version of product as logo is shown)” (said simultaneously)

#
Anyway, I hope this has bettered your lives somehow.  I’ve been snowed in for a bit and these sketches have been among the things that have kept my sanity.  My props to you, ladies Bayer and Strong!